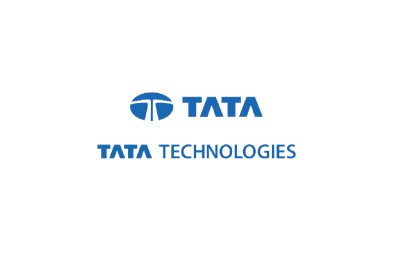 Tata Technologies is a global engineering and product development digital services company. After a Massive jump in sales of EV vehicles, Tata technologies share price has also seen a massive run up.

The government of India has undertaken multiple initiatives to promote the manufacturing and adoption of electric vehicles in India to reduce emissions pertaining to international conventions and develop e-mobility in the wake of rapid urbanization.

Several states, like Delhi, Kerala, Karnataka, Telangana, and Andhra Pradesh, have formulated their electric vehicle policies, while others are in the process of doing so. For instance, Tata Tech. is a Tata group company that provides technical services in a variety of industries, including engineering and design, product lifecycle management, manufacturing, product development, automotive, and aerospace. Tata Tech, a Tata Motors company, was created in 1989 and operates largely in North America, Europe, the Middle East, and Asia Pacific. In the public and unlisted space, It is one of the best available electric vehicle (EV) plays. It is aiming for high revenue growth in the current fiscal year in order to get back on track with new business prospects.

In the first quarter of Covid-19 hit the economy the company lost 36% of the revenue. Despite the challenges faced in the first quarter, Tata Technology was able to drive revenue and operating profit improvements in each of the subsequent quarters as market conditions recovered.

Logility **is the supply chain leader entrusted by the world’s leading brands to deliver a digital, sustainable supply chain that powers the resilient enterprise.

The company is a Platinum Global Systems Integrator (GSI) of PTC. The company support the entire suite of PTC solutions including the ThingWorx, Vuforia, Windchill, Creo, and Servigistics solutions and provide next-generation Smart Manufacturing & Digital Transformation solutions to the manufacturing industry worldwide.

Tata Tech. are a Dassault Systèmes Premier Partner and work with the principal suite of software applications – CATIA, DELMIA, ENOVIA, SIMULIA and 3DVIA. Tata Technologies consultants, engineers, designers, trainers, and support teams have been using Dassault Systèmes products for two decades. The company merge years of real-world experience with the dynamic force of Dassault Systèmes applications to help clients around the world thrive throughout the entire product lifecycle.

The Indian EV market is moderately consolidated with the presence of major players in the market due to cheap and readily available manpower. The startups are also expanding their presence by raising funds from investors and tapping into new and unexplored cities. Companies are investing a tremendous amount in R&D and launching new models to mark their presence in the market. However, established players in the market are introducing new models to gain a competitive edge over other players. For instance,

Mahindra is the pioneer of EV in the Indian space. Being the first major EV manufacturer it launched Mahindra Reva, its first EV as early as 2001. The Mahindra Reva was India’s first electric car. Mahindra however has not only focussed on the manufacture of EVs but also battery packs and has partnered with various institutions in order to boost EV charging

With the launch of the Hyundai Kona EV in India, Hyundai caused a stir in the Indian EV market. Kona was developed exclusively for Indian operating circumstances, according to the South Korean global automobile behemoth. The Kona, on the other hand, costs Rs.23.8 lakhs ex-showroom, making it too pricey for Indian buyers.

Addressing this Hyundai has however said that another EV is in developmental stages keeping affordability in mind in order to serve the mass market. This EV is expected to be ready to enter the market in the next 2-3 years.

How the Tata Technologies Share Price Graph has moved in Unlisted Space:

This translate to a CAGR of roughly around 45.72%+